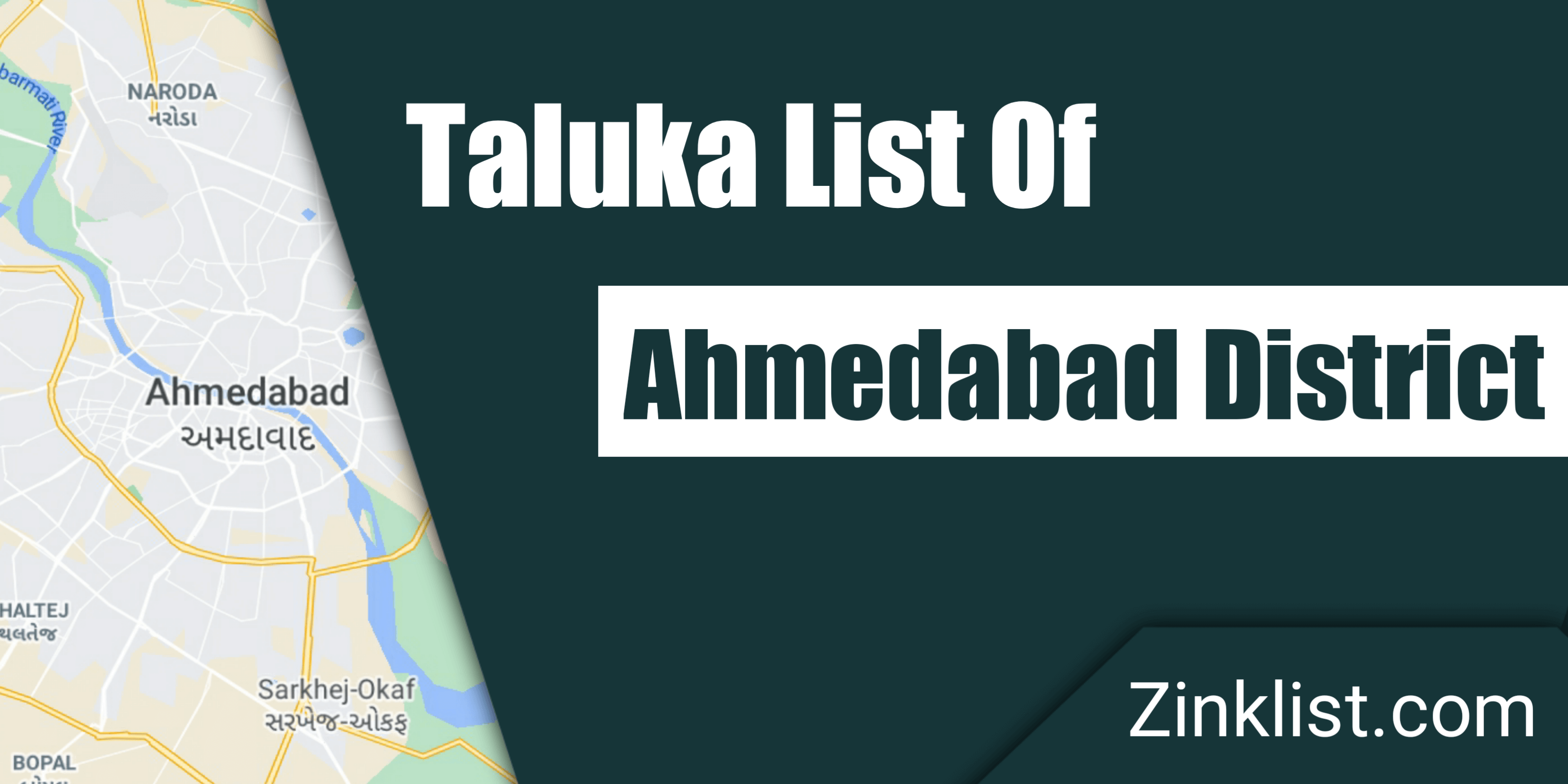 The Ahmedabad district covers the city of Ahmedabad in the central part of the state of Gujarat in western India. It is the seventh most populous district in India.

Ahmedabad is the largest city of Gujarat, It is also the most populated (5633927) city in Gujarat.

It is founded by Sultan Shah Ahmed in 1441, Ahmedabad taluka has 2 Villages.

Bavla is an attraction of tourism because of Swaminarayan temples and Harappan Civilization.

The local name of Detroj-Rampura is Rampura, Population of this taluka is 83199, and the total number of villages are is 55.

History said the Dhanduka is founded by Thakur Dhana Mer, He is also known as Koli King.

Dholka has large number of old buildings, and it is also attraction of tourism.

The old name of Dholka is “Dhavalakka”, As per Zaverchand Meghani’s Gujarati historic Book “Gujarat No Jay“.

Mandal is an center of attraction, because of Jami Masjid, Kazi Masjid and Saiyyad Masjid.

Sanand is a very famous taluka in Ahmedabad, Total population in taluka are 196315 and 67 Villages.

Viramgam is founded in 1484, under Mandal Cheaf.

There are 2 Lakes for tourism,