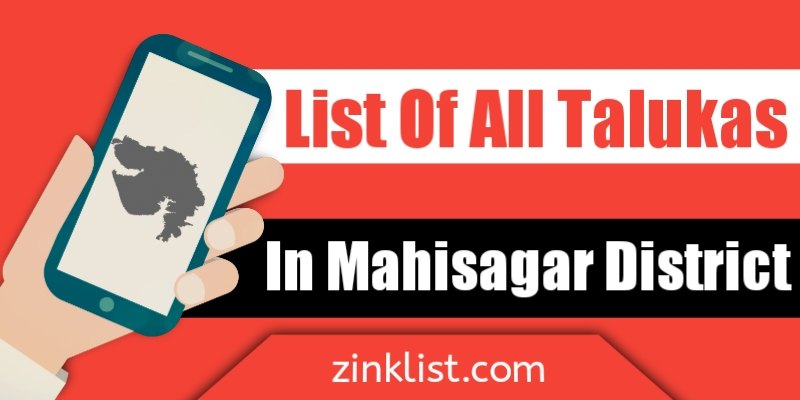 Mahisagar is a district of Gujarat, It has total 6 Taluka(Tehsil) and 717 Villages.

The Mahisagar is established on 26 January 2013, It is made from some area of the Punchmahal and Kheda districts. It is the 28th district of Gujarat.

The name of Mahisagar came from the “Mahi River” and the Head Quarter of the district is Lunawada.

The Mahisagar is very famous for its Natural Environment like Rivers, Mountain Hills, Agriculture Activities, etc.

The Balasinor is constructed by Nawab Babi in the 18th Century. A total of 46 Villages is in the Balasinor taluka.

The Balasinor is one of the best Tourism place in Mahisagar.

Lunawada is the Headquarter of Mahisagar District, It is the most developing taluka of Central Gujarat.

The name Lunawada is derived from the Luneshwar Mahadev Temple. There is a total of 7 rivers Panam River, Vasant Sagar, Kishan Sagar, Kanga Talav, Veri, Darkoli Talav, and Mahi River.

Kadana is a very famous taluka of the Mahisagar district, It is on the riverbank of Mahi river.

Virpur is a taluka(tehsil) of Mahisagar district, Virpur is also known as Birpur.

There are total 54 villages in Virpur Taluka.

Santrampur is a Taluka in Mahisagar district, It serves as the administrative headquarters for Santrampur taluka.

The total List of Villages in Santrampur Taluka is 152.

Khanpur is a Taluka in Mahisagar district, Total number of villages in this Taluka is 86.

Dungarpur, Sabarkantha, Dahod, Banswara, And Champaner are near by Important tourist destinations to see.

How many talukas are there in Mahisagar district?

There are total 6 Talukas and 717 Villages in Mahisagar District.

When was the Mahisagar district established?

The Mahisagar is established on 26 January 2013.